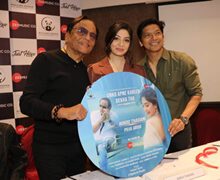 There was no better way to portray this poet’s dream as visually appealing as Directed by Roop, a budding Director and a professional Film Editor. It’s stunningly shot by DOP Sarfaraz Ali Hasn Khan and every frame is a delight to watch. The  music video has been powerfully executed under the supervision of Manohar Ravindran.

The icing on the cake is that  Zee music company has released this single. The launch  was a bash held at The Club, Mumbai, where the whole team of the music video was present along with the huge number of press Media. 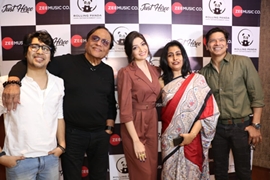 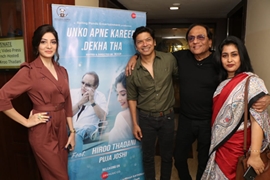 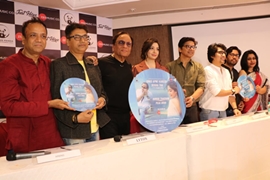 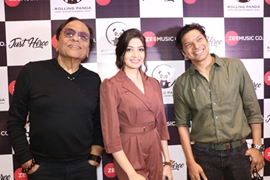 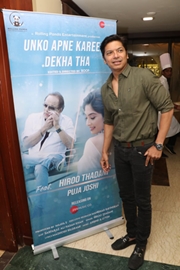 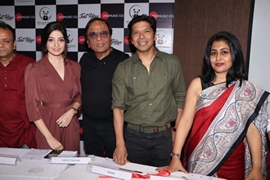 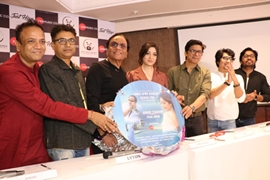 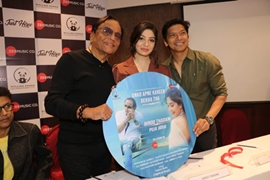 The same is with Hiroo Thadani, the managing director of A.B.C.

Chemicals Export Pvt Ltd. Whether he is better as an industrialist Hiroo Thadani or a soulful singer “Just Hiroo”

Incidentally just as the first love of everyone never perishes. Hiroo ji always had the desire and passion to become an actor and a singer!

From Shell’s Sales Representative to becoming Sales Manager of the Chemical Division (Western) of the Indian Petrochemicals, Hiroo Ji as an artist continued to perform at the site.

Hiroo Thadani’s previous single ‘Sun To Zara’ was a successful music video and the best part is his voice, which tends to make one feel soothed and relieved . The same feeling we used to get while listening to Jagjit Singh.

The melody and simplicity in the depiction of romance of Hiroo Ji’s songs becomes truly relevant in the current era of Rap culture.

After the success of ‘Sun To Zara’ his new single came ‘Tum Jaan Ho Meri …’.and post that we now have “Unko Apne Kareeb dekha tha”.

Hopefully Hiroo Thadani will feature as a playback singer in films very soon.

He says there is no age to carry out any kind of Job., Creativity is always young, it never sleeps.”

There is an absolute magnetic attraction in his personality. The age in which people talk about relaxation and retirement, Hiroo Thadani talks about Gym, singing and acting !