On the second day of the release of Tadap, Mumbai’s renowned brand GM organized a special screening of the film for special persons at Jio Drive.

On the same occasion Suniel Shetty and Ahan Shetty along with GM MD Ramesh Jain and CEO Jayant Jain met the attendees where there was a positive response to Ahan’s career.

People loved Ahan Shetty’s acting performance in the film and the box office response has also been phenomenal. Going by the box office trends, Tadap is on track to set records.  Trade pundits are surprised by the film’s collection as it has crossed the opening figure of the last two films and is emerging as a winner.

Social media is buzzing with praises for Ahan Shetty’s performance.  Although ‘Tadap’ has been released after the theaters opened in the pandemic and after going through a difficult phase, the audiences have started enjoying the cinema in the theaters.

Like other star sons, people were eager to see debutant Ahan on the big screen.  Ahan Shetty has given a wonderful performance in this film. In view of his talent, some people have considered him a star from now on. 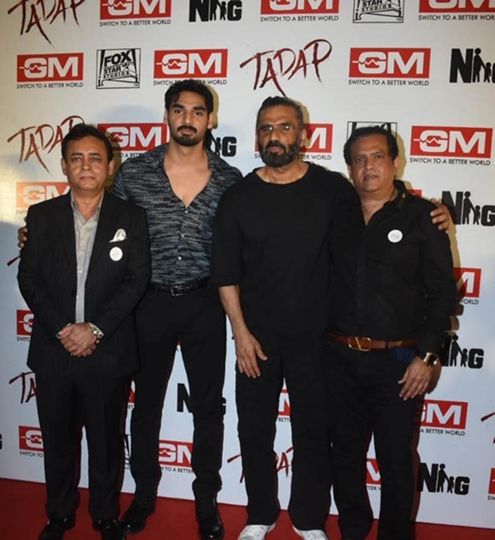 The film, starring Ahan Shetty and Tara Sutaria, is produced by Sajid Nadiadwala and directed by Milan Luthria.