Dubai based company TRICKY MEDIA’s initiative to sell Ram Gopal Varma’s DANGEROUS as an NFT has been a GREAT SUCCESS and it can be seen on the BLOCKCHAIN that DANGER TOKEN is SOLD OUT ..Here is a screen shot of the opensea NFT market place of the number of owners of the film DANGEROUS

The 100,000 tokens left are for the DANGEROUS team as one can understand if they go into see the details in rgvdangertoken.com

The complete sell out of DANGEROUS ,a feature film on the BLOCKCHAIN as an NFT is the 1st ever in the WORLD ..This will pave way for REVOLUTIONARY methods in the entertainment industry..FILM BUSINESS WILL NEVER BE THE SAME ..check on the BLOCKCHAIN to see the SELL OUT. 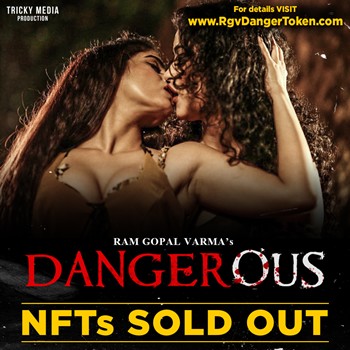 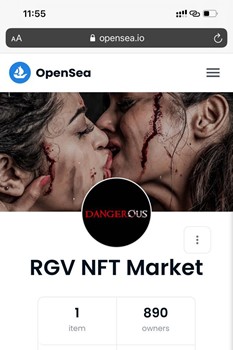