Bollywood’s Diva Neetu Chandra was the esteemed chief guest who lit the auspicious inaugural lamp of “India Dance Week – Dance for  Cause” Season 5 on 28th April initiated by Sandip Soparrkar and Phoenix Marketcity Kurla. She was also seen shaking a leg on her super hit song “Ada Haye Haye Ada” from the film Garam Masala. When she took to the stage and started to dance the crowd cheered and demanded to see her iconic moves, which she obliged to everyone’s delight.Dressed in an off white jacket designed by Deepak Shah of More Mischief Sandip Soparrkar opening the evening and introduced the host Actor Siddhaanth Surryavanshi Dance,  followed by actors Yuvraaj Parashar, Aartii Nagpal and Vedika performing a heartfelt dance on the theme of “Say No to Drugs” for NGO Stairs.

Apart from that there were classical dances by Dr Uma Rele of Nalanda, folk dances by Shreyas Desai and Myriad Arts, Villoo Bharucha’s School of Ballet performed Russian and French Style Ballet, Brian Fernandes dance Academy showcased modern dances and Sandip Soparrkar Ballroom Studio presented  a various colourful Latin and Ballroom Dances. India Dance Week Dance for a Cause is the only dance festival in the country that has Indian classical, Indian folk, international folk, ballet, Bollywood, ballroom, hip hop, jazz, Latin dances and many other dance forms performed by professionals from all over India. 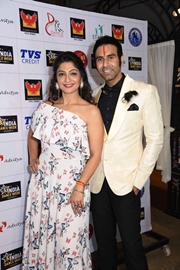 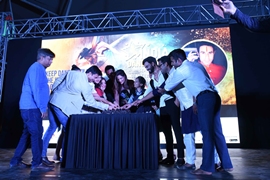 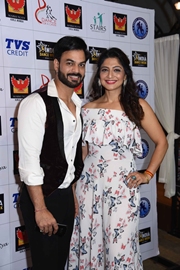 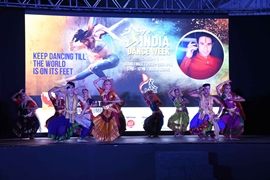 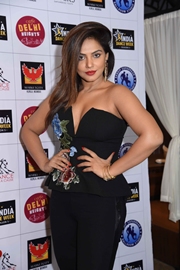 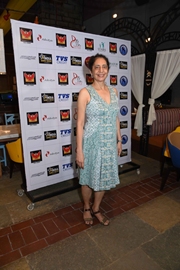 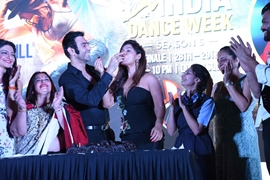 India Dance Week dance for a Cause does not believe in dividing the dancers as per the forms they practice, instead joins their hearts as dance lovers and provides them a platform to showcase their love for the art of dance. The 5th season of India Dance Week is not only promoting dance, but also following their motto “Dance for a Cause” by supporting the issue of Drug Abuse through NGO Stairs. The 15 min dance drama scripted and directed by Sandip Soparrkar spoke of the issue of Drugs issue in youth today.

Speaking on the issue of Drug Abuse Neetu Chandra Said, “Drugs ate slowly eating up the roots of our society and this issue should be addressed immediately or soon we will have nothing left in our youth, love, care and well bonded family is the only way we can help people get out of drug problem, so let all stand up and fight and Say no to drugs.”