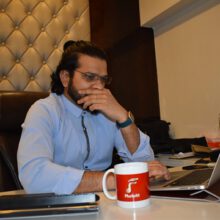 Long time ago a little boy with a million dreams began his journey to make it big in life. In the city of Gorakhpur with little to no direction he began his journey but little did he know that time will do its magic and get him closer to his destiny. He completed his schooling and began to peruse science and was planning to major in biology while his heart was falling hard for music. He was always had an inclination for music but it grew as he started playing with his college band but he knew that he can’t break a bread with his family with music only so he continued with his degree.

But the universe had different plans for him after he graduated from the science field he took a detour and got a degree of aviation hospitality and travel management from Frankfin Institute, he made his way to work as a cabin crew. He has also been in charge of training the workforce, improving the skill and accent of his trainee’s while he is a personality and grooming specialist. And after all of this hassle he did a course on digital marketing which is backed by the certification Microsoft and Google. And is a part of the IT background ever since. After that he found his first breakthrough in the form of Mr. Suresh Bhanushali. He says “Since my childhood, I was very much involved in music. Music is my hobby, I play the guitar, keyboard and I have been in touch with music always. While I was pursuing music simultaneously along with my profession, I met Suresh Bhanushali, who suggested the idea to start a studio after seeing my inclination towards music. We formed this company in Mumbai and started making videos. We are still on the way.” And then on they have Photofit Music and Photofit Entertainment on the roll.

As a person he’s a free spirit and an avid wanderer someone who is always on the go and trying new things at all times Also not forgetting to mention his enormous love for animals and that reflects in the way he treats his three beloved dogs. He very well resonates the personality of his company as he is a sports person and likes to keep himself in shape and is fit at all times. 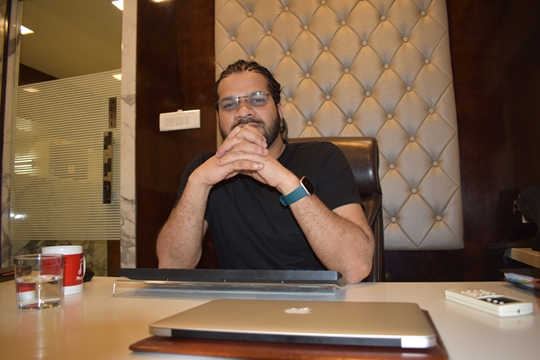 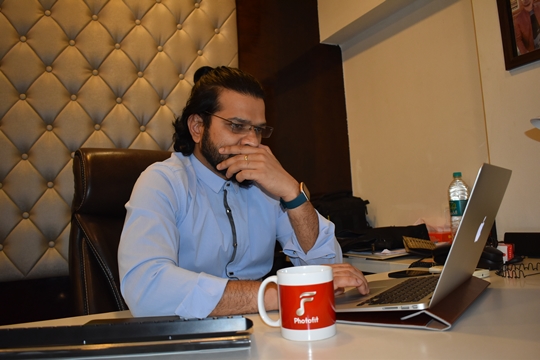 People like him are truly inspiring in a magnanimous manner because he is just like any other regular person but his will to win and work ethic makes him stand out!