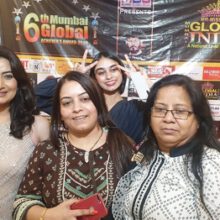 Mumbai : The versatile actor of Bollywood, Irrfan Khan may not be in this world anymore, but his fans in the country and abroad will continue to miss him. Famous singer Ravindra Singh, with his melodious voice, paid a sweet tribute to the late actor by releasing the music video ‘Dil Se Kaha’ in his loving memory.

The music video is produced by R Vision. Music by Amandeep Singh and the Music Video is directed by Naresh Shah.  DoP by Suhas Rao and Edited by Imran Hussain.

This musical song is sung beautifully by Ravindra.

Irrfan was an inspirational actor, his acting in films was very natural and was liked by all classes of audiences. Apart from Bollywood, he also had a good reputation in Hollywood.

Ravindra’s passion for singing and music is also seen significantly in his previously released songs. This time his song for the stunning late actor Irrfan Khan has made everyone emotional.