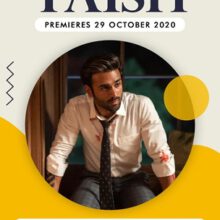 Talking about Taish, and his eagerness to release the project, producer Shivanshu Pandey says, “Extremely euphoric and excited to announce that our film Taish is finally getting to see the light of the day and getting a platform like Zee5 which also caters to the target audience the film was made in the first place. The journey has been a gruelling one but I’m very delighted that the film has turned out to be as we had envisioned it!!”. While Nishant says, “Jovial to announce that we have finally reached the end of the journey that Taish has been and it will finally reach the audience it was made for. Excited to know how it is received by the audience and the critics alike!” Rikant Pitti too seems extremely happy about Taish and says, “From the plot to the direction and the cast, Taish will have the viewers at the edge of their seat throughout. I can’t wait to see how the audience will react to it.”

Taish will be launched in the form of both a six-episode web series, as well as a feature film. When asked about the idea behind launching Taish as both a web series, and film, Shivanshu says, “Initially this was going to be a thriller feature film, but as we went along the project, we decided to extend it and make it into a mini-series as the plot demanded. The film plays out like a neo-noir film and we didn’t want to compromise on story bit, so we ended up making it what it is: a crime-thriller mini-series.” Nishant on the other hand said adds, “What excites me most about web shows these days is that it gives the audiences the upper-hand and they can consume the content in their leisure, and also revisit them at their convenience.”

“Bejoy and his expertise and excellence with the craft. He is a perfectionist and has delivered his 100% to make the film what it is. His direction and story-telling craft has truly fleshed out the characters and story of the film, and think the audiences are in for a treat” said Shivanshu as he spoke about the director. “The dialogues and the plotline of the film are weaved perfectly. The characters are unique, goofy and interesting at the same time, and the plot-twists will make the audiences on their toes as to what will happen next.” added Nishant.

EaseMyTrip has always taken unique and interesting projects in the past and Taish is a unique film in itself too. The film also resonates with the energy of the company; thrilling, out-of-the-box thinking and not taking the easy path. “We plan on to do the same with our future endeavors.” says Shivanshu. “EaseMyTrip’s vision and the film’s adventurous landscapes go hand in hand. We have always strived to achieve perfection and will continue to do so in future too.” concludes Nishant. 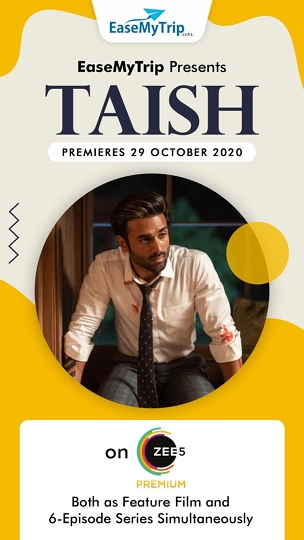 After producing big banner hit films like Manikarnika, Batti Gul Meter Chalu, Fanney Khan, among others, Taish will be EaseMyTrip.com’s next big thing!  Looking back at the history of EaseMyTrip.com, their choices of films they associated with have all been a phenomenal! The audience are eagerly looking forward to their next, Taish.