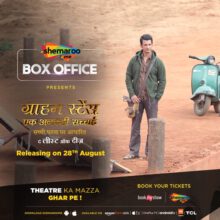 Sharman Joshi promises to hook audiences with “Graham Staines, Ek Ankahi Sachai: The Least of These”, all set to release on ShemarooMe Box Office in Hindi from the 28th of August 2020.

Mumbai, 21st August, 2020: Since its much talked about launch, ShemarooMe Box Office has been in the news for all the right reasons. The latest movie joining this streaming platform boasts of many reputed Indian as well as international names. “Graham Staines, Ek Ankahi Sachai: The Least of These” is a globally acclaimed motion picture based on the startling episode where an Australian missionary was brutally murdered along with his two little sons in Odisha, shaking the whole country to its very core.

The Sharman Joshi starrer previously saw a limited release in India as an English film, but ShemarooMe Box Office brings the movie to our audiences in Hindi.  The film marks Sharman’s maiden collaboration with Hollywood artistes such as Stephen Baldwin and Shari Rigby, who essay the role of Graham Staines and his wife Gladys in the movie.

The film has received widespread recognition for not only accurately depicting an unsettling incident, but also sensitively dealing with the subject. The narrative avoids pointing fingers or playing the blame game, spreading the message of “love over hate” even in the darkest of times, just like its titular character. An interesting trivia is that the project has been written in Australia, produced by an Indian-American, with music composed in South Africa while it was shot in India, making it a truly global production.

Excited on his countrymen getting to watch the film in Hindi, lead actor Sharman Joshi shares, “When I had read the script, I immediately knew it was an honest story that must be put out despite being in English, but now that the film premieres on ShemarooMe Box Office in Hindi, there is a much larger base of the audience that will get to experience the struggle of Graham Staines and the horrific crime that occurred in his family’s life. I play Manav Banerjee, a journalist who is conflicted between what is right and wrong, forced to re-examine his duties when faced with an inconvenient truth. This character was etched out to perfection and I relished portraying him.”

Southern star Aditi Chengappa, his co-star in the film has similar views, “It has been a very emotional experience working on this film based on a powerful, and tragic true story. Staines and his family teach us beautifully about true compassion and forgiveness. This story was waiting to be told, and it has been an absolute honour to be part of it. I am so glad it is releasing on a platform as loved as ShemarooMe Box, moreover in Hindi! I hope that it reaches as many hearts as possible, and can’t wait for it’s release on the 28th!.”

Prakash Belawadi, essaying a complex character called Kedar Mishra in the film, says, “It’s a challenge because it’s painful history, and the core issue is alive… and my role in ‘Graham Staines, Ek Ankahi Sachai: The Least of These’, has many shades — dark and uneasy. It was interesting for me to explore this man and his inner compromises, as he also shares the screen with some very talented actors. The movie will leave viewers troubled with unanswered questions which trouble us even today. It will make them think about reconciliation, gratitude and forgiveness, despite the shocking content. I’m looking forward to logging onto ShemarooMe Box Office and seeing the movie on the 28th of August with my family”.

Director Aneesh Daniel shares his two bits, “I wanted to honour Graham Staines in the best way possible and hence decided to produce a movie that documents the incredible change he brought about till his last breath. The fact that it premieres on a credible platform like ShemarooMe Box Office is a true reward to the blood and sweat each one of us invested into the film”.

On the opportunity to join forces with the best of India as well as Hollywood, producer Victor Abraham comments, “Every member of our cast and crew had been picked with the utmost confidence of them enhancing our film, may it be Sharman, Prakash, Stephen or the rest of this team. All these people and their hard work will now reach a much larger number of viewers thanks to ShemarooMe Box Office”. He adds, “With our film screening in Hindi, language is no longer a barrier for people to discover this true story”.

With outstanding performances, stellar direction and an insightful story, Graham Staines, Ek Ankahi Sachai: The Least of These seems certain to win hearts as a film that shows us stark reality but also gives hope. 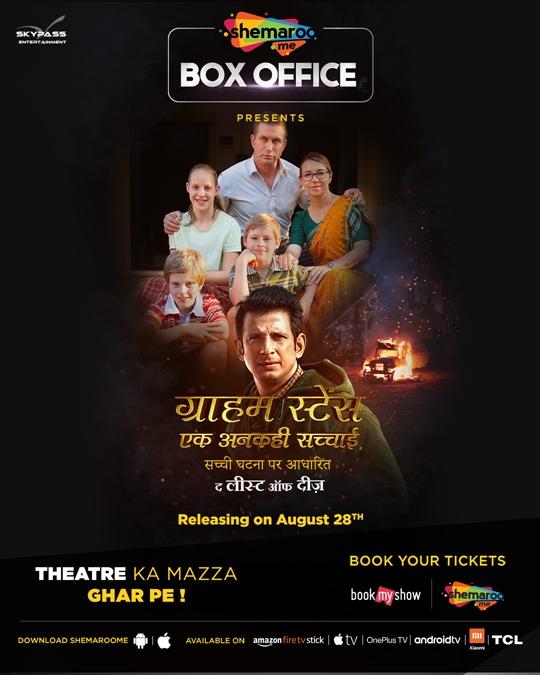 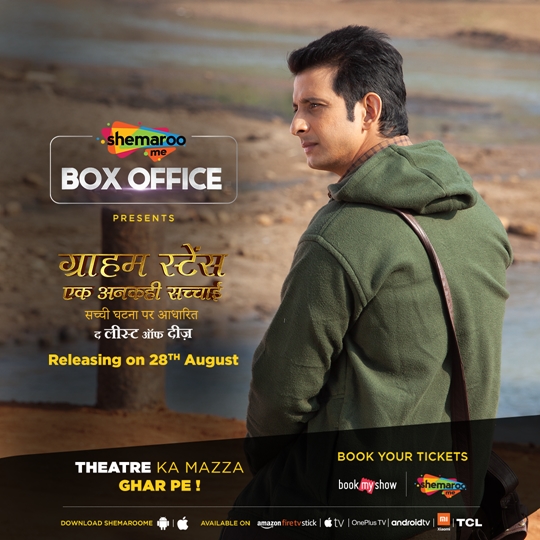 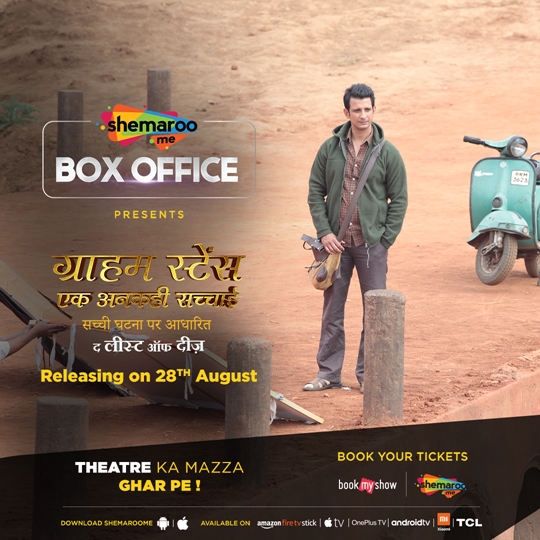 ShemarooMe is the over-the-top (OTT) video streaming App of Shemaroo Entertainment Limited, India’s leading content powerhouse. Through over 57 years of its presence in the media and entertainment industry, Shemaroo has now evolved to be a significant player in the digital ecosystem. ShemarooMe is a comprehensive App with a diverse and exclusive content for streaming to an audience looking for entertainment in Bollywood, Gujarati, Marathi, Devotion, Punjabi, Comedy and Kids categories. ShemarooMe also has a unique offer under its category of Bollywood Premiere – the platform showcases World Digital Premieres of critically acclaimed Bollywood movies every Friday. ShemarooMe provides consumers the freedom to choose subscriptions from various content categories. ShemarooMe enjoys a wide acceptance in India and was recently launched in the US market along with that in the South East, Middle East Asia, UK and other Indian diaspora dominated countries. Currently ShemarooMe is available across geographies, with its presence in 150 countries where consumers can download and avail of endless entertainment delivered at the comfort of their homes. Consumers can download the ShemarooMe OTT app from Google Play, iOS App store and http://shemaroome.com/ ShemarooMe is also available for audiences to subscribe on Apple TV, Amazon Fire TV stick, Cloud walker TV, Mi TV, Roku amongst various other platforms.