Under the Quija series Zen Film Productions SPECTER  delves  into horror, mystery, and the supernatural. After the local success of social awareness short films like The Power, A Dark Tale, The Peril and more, Specter is set to take psychological terror to new heights. The ten-minute film sees filmmaker and CEO of Zen Film Productions Zenofar Fathima, struggling to overcome her inner demons, as she sets out to explore an unprecedented presence. The series is currently being filmed during the Coronavirus outbreak with all safety precautions being adhered to, which is a rare feat for most filmmakers at this time. The series’ first episode has premiered exclusively on Zee Cinemas Middle East. After the much awaited release, multiple film critics in the UAE have weighed in to give their verdict on the first episode that is set catapult the saga into action. Zenofar’s performance especially fascinated audiences and film critics, who cited Zenofar as a convincing performer “who effectively brings out the character’s contrasting persona of power and vulnerability”. Others have also cited the film as one that “consistently mystifies” and as an “in quarantine shot thriller that pulls you to the edge”. Along with these reviews, audiences young and old alike had enjoyed the thrills and jump scares throughout the film. Additionally, Sheikha Hend Al Qassemi, an Emirati princess of the Al Qasimi family of Sharjah, businesswoman, and dear friend of Zenofar had praised Zenofar for her work, and wished her all the success for Specter.

On the night of the premiere, multiple bloggers, vloggers and local reporters from the UAE had also caught up with Zen to speak about the film and a little about what inspired the idea to create this series. “I think I’ve given my best to this film, it’s something new and I have taken on a new role like never seen before in my past films,” says Zenofar Fathima. Zenofar also delved into what it was like to be one of the first production houses in the UAE to initiate production during the Coronavirus. “I think we did whatever we could whilst maintaining the precautions as mandated by the government, and it is truly one of my greatest achievements- to produce a whole short film during the pandemic”. With that being said, many are also curious to understand how Zen Film Productions took certain precautions as per government rulings without compromising any aspect of Specter’s plot.

“We all stay in the same place so that was not an issue- we had a limited amount of people to work with as we were cautious due to the virus being contagious. Not only that but we had done it when the lockdown had just started and everyone had stopped work. We were all under loads of mental stress, just imagining how everything could go wrong when it was all so uncertain”, Zenofar explains. “At times like this it is important to be innovative, creative and careful in your approach- and that is exactly how we were able to follow COVID19 precautions whilst also being able to film an engaging yet enigmatic movie.

You have to make do with what you have and that, according to me is the biggest challenge for a filmmaker- but also a reflection of your talent. And now that we are moving onto the next episode, we still have to be mindful of the danger that is the Coronavirus and stay careful, whilst ensuring we can film the footage we need and create another showstopping film” says producer and director Zenofar’s Fathima.

Now that the first episode of the series has released, many are intrigued to watch how this psychological thriller is set to unfold as the first episode had ended on a cryptic cliffhanger.  There will be four additional installments of the series that will each amount to 15 minutes. The next installment in the series is currently being filmed and is called Specter: Genesis, a mystifying title that is open to audience interpretation.  “I don’t want to reveal too much about what is it come, but all I can say is get ready to witness a lot of twists and turns, and a bone chilling narrative and will start a few fresh faces as well as some renowned personalities,” says Zenofar. Specter: Genesis also promises a new lineup  of new characters with interesting backstories and backgrounds, and the second installment like the first, will be released on a to be announced exclusive platform.

Along with the continuation of the Specter Saga, Zenofar also plans to add on to her collection of public service announcements with “Tomorrow Never Came”. The story of Tomorrow Never Came revolves around a tale of a doctor who finds herself in a dilemma when the Coronavirus pandemic changes her life. The PSA comes shortly after Zenofar released the Hope PSA that focused on depression and suicidal tendencies of many during the Coronavirus. The PSA had resonated with many who had just lost their jobs or couldn’t be with their families, resulting in negative thoughts and a worsening mental well-being. 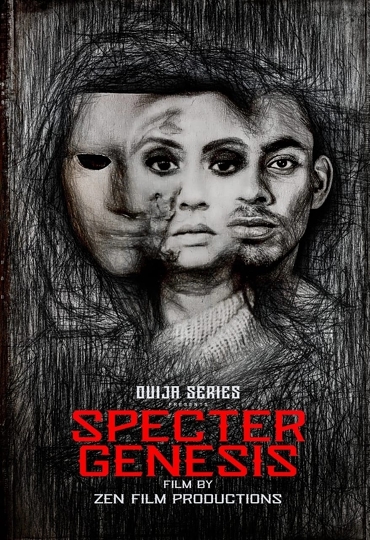 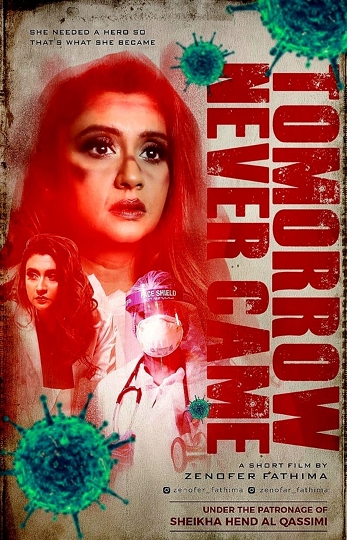 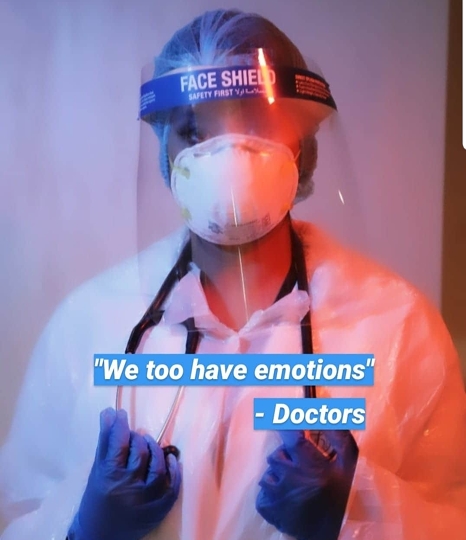 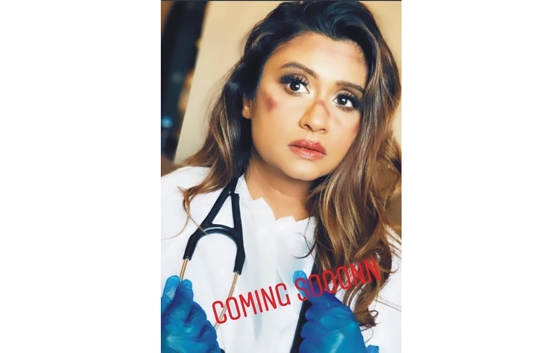 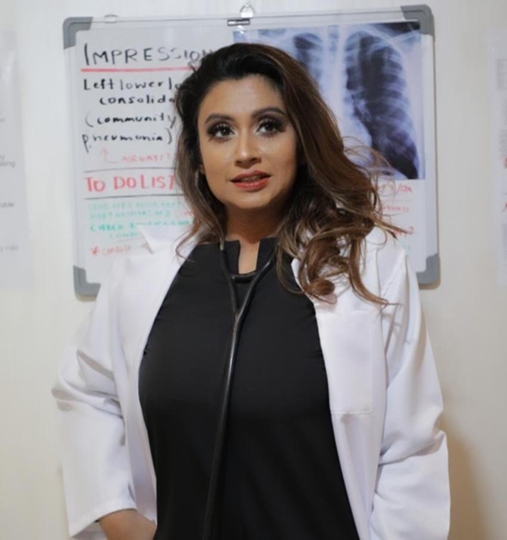 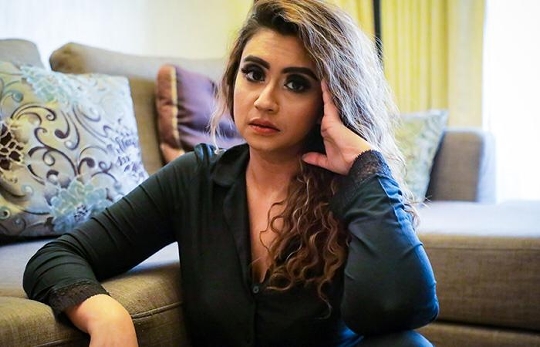 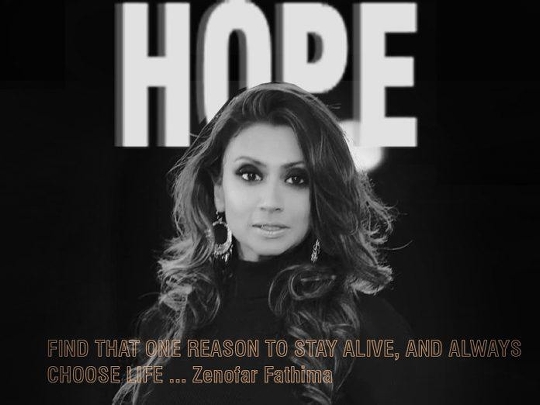 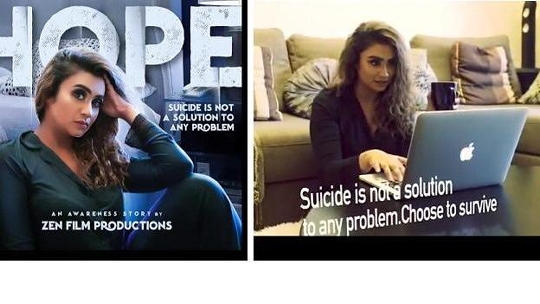 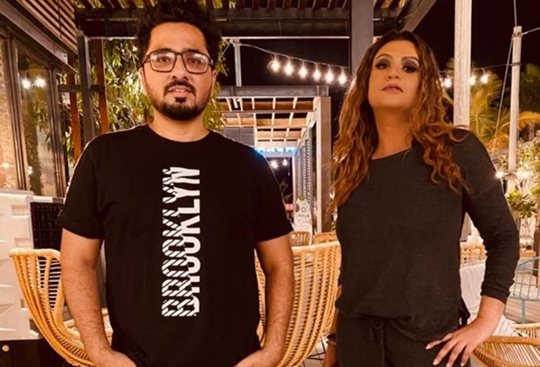 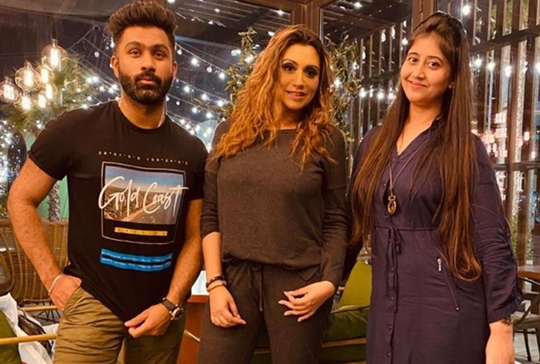 However, Zenofar changes these negative thoughts and helped to channel them in a method that breeds positivity, advising audiences to find that one reason to live. With Tomorrow Never Came, Zenofar hopes create a narrative that resonates with people- however, this time it’s  the healthcare heroes who have saved millions of lives daily. “I’ve seen so many films and PSAs in the past few months, but I haven’t seen anyone acknowledging doctors, who put their lives and their family’s lives on the line just so they can make sure we are safe and healthy. This PSA is dedicates to all the doctors who have shown us what it truly means to be a hero”, says Zenofar. The PSA has been shot and is set to be released soon.