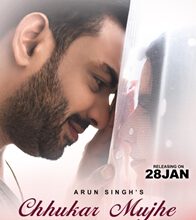 Bollywood and romantic songs are two halves of the same coin-you cannot have one without the other. When it comes to romance, over the years we’ve always had a handful of actors who’ve dedicated their career to making films that soothe our worried, fed-up-of-failed-Tinder-dates souls, giving us hope that soul mates are real and very much approachable. The New talented singer Arun Singh who based in Dubai coming up with his brand new first Original Single “Chhukar Mujhe” which is releasing on 28th January 2020. Teaser is out now on his social media handles which is appreciated by his fans.  Arun Singh Said, “ 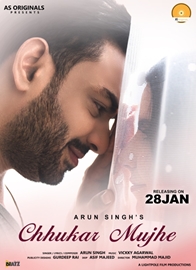