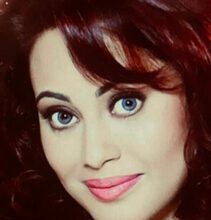 Geetkar Abhilash (the lyricist of the famous film song ‘Itni Shakti Hamey Dena Daata…Mann Ka Vishwas Kamzor Ho Na…’ from Film ‘Ankush’) is on his way to achieve a higher cinematic goal by writing and producing an English/Hindi International Feature Film. The two languages Feature Film is titled as “Suryodaya” in Hindi and “Dawn” in English. Geetkar Abhilash, the Winner of “Kalashree Award” from the then President of India Late Giani Zail Singh, is creating this International film with the active support from Hollywood Film Director Sunil Babbar (https://g.co/kgs/Ci1iyc). This bilingual feature film is based on the concept of Nature Conservation.

“SURYODAYA” is an experimental Theatrical/Web Film to be released Worldwide in Cinema Theatres as well as on the Digital Platforms in the English and Hindi languages in more 65 countries in the World.

The film is based on the adivasis of Jharkhand, who may give away their lives to save their jungles, and  at the same time they may take away your life if you cut their jungles discreetly. They are violent…yet they are loveable.

‘Suryodaya’ is an intense and powerful cinematic life narrative of Veer Singh, an adivasi from the state of Jharkhand, who is illiterate, but wishes to make his own son literate…at any cost. He lives in jungles and he loves his jungles. He will save his jungles at the cost of his life or if needed at the cost of your life,by burning you in your log hut made of the stolen woods of HIS jungles. He is violent…yet he is passionate…he is hateful… yet he is loveable…he is a man with different dimensions…he is Veer Singh for you…to lead you to the dangerous jungles of Jharkhand to entertain you…as well to make you prepared for the safety of your own jungles…the jungles who are treasures of your happiness…of your survival…of your life. This is Veer Singh’s WAR against YOU…his WAR with your INNER SELF.

The primary languages of this film ‘SURYODAYA’ (DAWN) are English and Hindi. The film is being planned to dub in Chinese and Spanish languages as well for its Worldwide release. The duration of the film will be 120 minutes approx.

The pivotal and complexed character of Veer Singh is being played by the International Actor/Director Sunil Babbar (https://g.co/kgs/Ci1iyc ). The female leads of ‘Suryodaya’ include Angel Tetarbe (International Super Model) and Harshita Ruhela (Super Model), along with few others who are being included in the film from all over the World.

The Concept Teaser of this International Feature Film “Suryodaya” (Hindi) and “Dawn” (English). Its an interesting cinematic journey of Geetkar Abhilash to project India Internationally in “Suryodaya”. Wait for more info on the film soon.