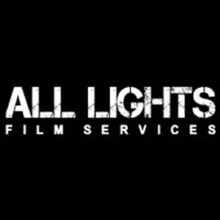 Indian movies are known worldwide for their value content and quality. This has helped them conquer many Indian as well as international platforms too. This year two movies which has made its way into the 92nd Oscar. ‘Scotland’ has made its way into the 92nd Oscar Best Picture contention list, directed by Manish Vatssalya and the another one ‘Josef’. Produced by a Mariner and retired international civil servant, Capt. Ashok Mahapatra under the banner UA Kathachitra Pvt. Ltd found its place in the 92nd Oscar contention list. Both the movies, in all 344 feature films, were supported by Kerala based All Lights Film Services (ALFS) which helped in getting through the first step towards this coveted fame.

‘Scotland’ till date has won around 61 International Awards and recognitions for its bold theme and exceptional presentation. The film narrates the story of a father who becomes a brutal life snatcher to give justice to his rape victim daughter when law and order fails to do so. The movie stars Adam Saini, Khushboo Purohit, Chetan Pandit, Daya Shankar Pandey and Manish Vatssalya in pivotal roles.

Debutant Adam Saini, who has served with the Scottish police, plays the protagonist. He has been bestowed with 7 international awards for his performance in Scotland. The film has been produced by Zaina Ibourek (British-Moroccan) and Manish Vatssalya under the banner of Mars UK Films Ltd and Vatssalya Films.

‘Josef – Born in Grace’ has found its place in the 92nd Oscar contention list, after a grand reception at IFFI – Film Bazaar this year. This is UA Kathachitra’s first film. The movie stars Victor Banerjee (National Award winner & BAFTA nominee), Subrat Dutta (Best Actor – Cairo Film Festival), and Sudarshan Juyal in pivotal roles. The movie is directed by National Award Winner Susant Misra (Indradhanura Chhai, Biswaprakash, & Dharini) whose movies have been screened in some of the most prestigious festivals across the world, including Cannes (Un Certain Regard), Cairo, Rotterdam, Sochi (Grand Prix Winner), Moscow, and Montreal. He is joined by National Award Winner Sudheer Palsane (Ko: Yad – The Silent Way, M.S. Dhoni: The Untold Story, Katyar Kaljat Ghusali) for cinematography, and National Award Winner Sukant Panigrahy (Dev D, Ek Tha Tiger, Drishyam) for art direction. UA Kathachitra also aims to promote fresh talent. In this film that includes Hitesh Bisht, Anamika Goswani, and Deepica Elizabeth Lakra in the cast. Vaidehi Krishnan on her debut as the Costume Designer does full justice to the theme and period of the film.

‘Josef – Born in Grace’ is an adaptation of a short story, ‘Joseph’, written by Umakanta Mahapatra and is set in the Himalayas between 1960 and 1980 in India. Father O’Hara (Victor Banerjee), a missionary doctor with the help of his caretaker Maularam (Sudarshan Juyal), raises an orphan baby Josef (Hitesh Bisht). While still a young boy, Joseph is sent to Dehradun for his studies and vocational training. Josef (Subrat Dutta) returns back with a reputation as a great cook as well as his love for alcohol.

The film explores in its unfolding of time, the different paths that Father O’Hara, Josef, and Maularam take in their respective journeys for spiritual fulfilment through memories, duty, and search as well as their interaction with friends and acquaintances. Through static mise-en-scene, the narrative of the film reflects the all-encompassing nature of time, preempting and repeating itself in allegorical hues.

All Lights Film Services is a Kerala basedpremier consultancy service provider which helps filmmakers to ‘GO GLOBAL’. Till date ALFS has taken many regional movies from India to various international arenas, including Oscars to open up new opportunities and exposure. ALFS is a part of 10 billion U.S. dollar project Indywood.

“I feel extremely proud that this year too ALFS has been able to take 2 very interesting movie projects from India to the Oscars. Till this date we have been able to make the dreams of many filmmakers, to become internationally recognised, a reality and we hope to continue the same in the future as well.”  Said ALFS founder and Indywood CEO Sohan Roy.