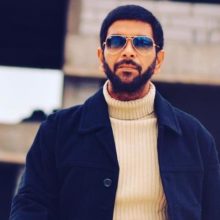 Actor Rohit Pathak is overwhelmed with the response to his latest film “Sita” opposite Sreenivas Bellamkondi and Kajal Aggarwal. The actor for the first time had played the character of a very strong and successful Lawyer. “My Twitter and Facebook feed has been flooded with fan comments, I couldn’t have asked for more,” Said Rohit Pathak.

While watching this film with the audience, we were stunned as we could hear people sobbing in the cinema hall. It feels great to know that the film has touched peoples heart. “During the first film preview, we actors did not feel anything as we were focused on the quality of our acting,” said Rohit Pathak. Sita released on 24th May.