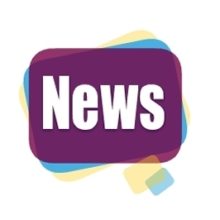 Punjab-born Miss India Worldwide Shree Saini, having her roots in Abohar, was warmly received on her week-long trip to Guyana; she was invited as judge and motivational speaker there. Rashena Sara Hanif (18), an aspiring lawyer, was crowned Miss India Guyana 2019 after she outshone her rivals when the pageant was held at the Ramada Princess Hotel. The young lady was named the new owner of the title replacing the 2018 queen, Shoshanna Ramdeen.

Hanif, who hails from La Parfaite Harmonie on the West Bank Demerara (WBD), said she has always admired pageantry, particularly the Miss India Guyana pageant. “Growing up, it was more about the glitz and glamour for me. But as I continued to pursue my dream of participating in pageants, I realised that the Miss India Guyana pageant is much more than that,” she noted. The first runner-up was Sandeka A Rampersaud, Katriah Sharona was second runner-up. Kristal Inshan was crowned Mrs India Guyana 2019 and Amisha Sarjoo won the title of Miss Teen India Guyana 2019.

The crowned queens will now have a chance to represent Guyana in India for the International pageant slated for September 3-7. The Reigning Miss India Worldwide, Shree Saini graced the event with a spectacular dance performance. Her dance was on the song Titanium. The message of the dance was to portray the message of never giving back, especially in tough circumstances. The night was indeed a fabulous one with other dance routines by leading dance groups, including the Ishara Dance Group.

Shree was invited to spend near a week in Guyana, South America, by Miss India Guyana directors Mr. Hasmin Alli and Mrs. Melicia K. R. Partab Alli.   Shree presented three women empowerment awards and then they surprised her with the 4th women empowerment award. Her speech was on her life story and the definition of Kindness, Resilience and Success.