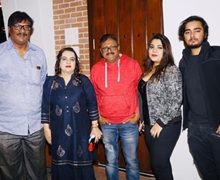 There are several surveys on who is on the better ranking when compared between men and women on leadership traits. And the results are inclined towards women’s better performance as leader in multiple sectors with proving abilities like creating safe and respectful workplace, valuing people from different backgrounds, mentoring young workers, negotiating profitable deals and as such many.

Meet Tejal Pimple – business women and director of more than 10 firms who is proving the research true. She is the director of companies like CISB Facility Services Pvt Ltd, Green Eco Environment & Energy Pvt Ltd, Mudra Power And Cables Limited, Rein Chemicals & Agro Products Pvt Ltd, Shree Samarth Caterers Pvt Ltd and many others with having business setups abroad too.

Taking care of more than seven thousand employees under her all verticals, she is also running MeTime cafe and Penthouzz lounge in Mumbai. Tejal kept her steps into hotel business because she wanted people to have their relaxing time from the hustle bustle of Mumbai’s fast life. The lounge and cafe have seen several celebrities at the door – having gala time. Marathi actress Deepali Sayed and Manisha Kelkar are a fan of Marathi cuisine at Tejal’s cafe. Revealing to media about whom Tejal would like to invite from Bollywood and serve any dish, she says, “I would like to serve SRK and Salman a Coca Cola Chicken dish and they will surely like it…”

Tejal is also fond of dance since her childhood. Following her dreams and achieving, is what she has always believed. With handling all these responsibilities – she is very soon going to open her dance academy in Andheri. Tejal got inspired from dance master Saroj Khan and Madhuri Dixit while growing and always wanted to achieve something in it. With all the blessings of her mentor, the classes will be initially launched in Mumbai later on great scale covering pan India.