Home > News > Dr. Mrs. Chetna Agrawal Is A Woman Of Dreams And Passion

Dr. Mrs. Chetna Agrawal Is A Woman Of Dreams And Passion 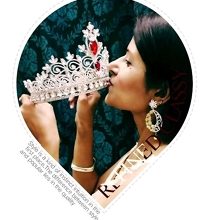 Mrs. Chetna Agrawal is a woman of dreams and passion. She has pursued her dreams beyond her profession as a Doctor, an Anaesthesiologist. She is Secretary of “Association of Practicing Anaesthetists”, Vadodara, Secretary of “ISA, Vadodara” and “City Head, PPF Forum, ISA”, Vadodara.

Dr. Chetna is a trained ACLS provider, BCLS Instructor under ISA and member of COLS Team, Vadodara. All these are helpful in saving patients in life-threatening situations.

Besides being the Mother of a teenage daughter and having a busy and challenging daily job of dealing with patients in operation theatre, she has ventured out to create her own identity in society, a recognition which she is proud of. Dr. Chetna was amongst the Top Five Finalists at Art Femina Mrs Gujarat 2016.

At Empress Universe 2018, she won the titles of “City Empress”, “State Empress Gujarat” and was a Country Level Finalist. She also won the “Women of Honor Award” at the Grand Finale in Goa.

Dr. Chetna has participated in fashion show on “Beti Bachao, Beti Padhao”. She was Showstopper and Celebrity Guest at Fashion Fest of Lion’s Club and Business Buddies.

She was awarded with the “Appreciation Award ” at Sayaji Glory Awards 2018, 2nd Edition.

At Gujarat’s Top Model 2019, Dr. Chetna was one of the Finale Judges.

Her hobbies include painting, playing chess and sudoku, dancing and photography.

Having participated in many exhibitions of clothes and accessories, she has now opened her own boutique.

Dr. Chetna is also an artist and has organised her own painting exhibitions.

On the social front, Dr. Chetna is associated with an NGO named Koshish, which trains special children including those with Down’s syndrome.

She is also an active member of Club 35+, Vadodara and was a Judge at their Valentine Day Celebration. Being associated with Young Indians, Vadodara, Dr. Chetna promotes Organ Donation Awareness.