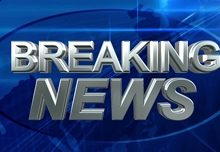 The patriotic film, Yeh Hai India today launched a brand new poster and also announced that the movie will be releasing on May 24, 2019. Yeh Hai India stars Gavie Chahal, Deana Uppal, Mohan Agashe and Mohan Joshi in the lead roles. The movie is written and directed by Lomharsh. It is produced by Sandeep Choudhary under the banner of DLB Films Pvt. Ltd. The movie captures the story of 26 year old NRI, who comes to India with stereotypical views about the country and how his perception changes. Yeh Hai India has already managed to create a stir at Cannes 2017, where it was showcased earlier in the year.

Director Lomharsh said, “Yeh Hai India is not just a movie, it is a journey. There are elements in this movie that will touch the heart of every Indian. By this movie we are not trying to establish any country to be inferior or superior to the other, we are just bringing out the true facts. I am sure people from all walks of life will be able to related to the movie and appreciate it.”
The producer Sandeep Choudhary of DLB films says, “Yeh Hai India is the first movie under our banner and it will remain very special for us. We are proud of the journey that we have covered with Yeh Hai India so far and looking forward to May 24, 2019.”