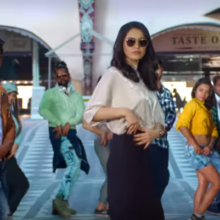 A new music video “Viral” is here which is voiced and composed by very popular Altaaf Sayyed, whose song “Naino ki jo baat naina jane hai” was the biggest viral song of year 2018. That song has combined youtube views of 2 Billion. Atiya sayyed has penned the lyrics of this song VIRAL and is released on www.digitunes.in. The video which features B A Pass 2 actress Kritika Sachdeva.

Singer and composer Altaaf Sayyed says, “Ya it was challenging for me but earlier I have done a lot of romantic and sad songs. I believe that my voice texture suits to romantic and sad songs but this time I tried something new. I composed this fast number along with Manny Verma and I collaborated with actress Kritika Sachdeva, who debuted in B. A Pass 2.

“Viral is a fast number with a Punjabi touch in which I acted and danced too. I tried to manage and learn a lot of things and it was fun and very adventurous for me. I’ll be planning more such songs because the whole team is very happy with this outcome. It has shaped up well,” Altaaf adds.

Elated actress Kritika Sachdeva shares, “It was a great experience shooting this song. B. A. Pass 2 was a serious film but Viral is a party kind of a song with lots of glamour. Both were like opposite of each other and since I am a big fan of Altaaf sir’s song, ‘Naino ki Jo Baat Naina Jane hai’. It was a privilege to work with him and I hope Viral song, gets viral soon.”